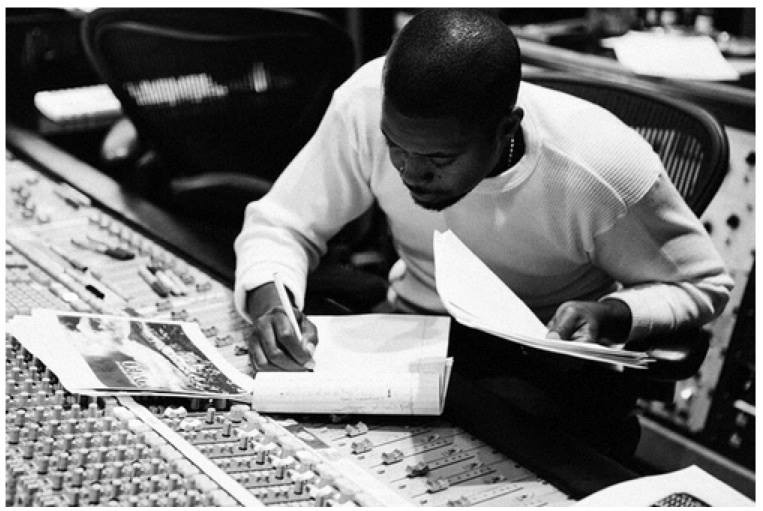 DISCLAIMER: This article is not intended as legal advice, as an attorney specializing in the field should be consulted.

Let’s face it, we’re living in a digital age, whether we want to accept it or not. There are plenty of pros and just as many cons, especially when it comes to producers. For example, the digital age has allowed producers to make beats in their bedroom studio, upload to web stores to sell them and then utilize social media to promote. But, it’s not all rainbows and sunshine; there are some pitfalls to buying, selling and promoting beats online.On the surface, the beat-selling process is fairly straightforward; A producer uploads an instrumental track to YouTube, a personal website, or social music marketplaces like BeatStars, where aspiring rappers and others can preview a track. If an artist likes it, he or she can buy it outright (referred to as an “exclusive license”) for a few hundred dollars, or, for a more “struggling-artist-with-almost-no-income price point” of $15 to $150, the artists can get a limited use “lease” that allows the producer to sell the beat multiple times to multiple artists. Sounds simple and reasonable enough, right?

Well, although most of the songs created through these kinds of transactions are placed on fledgling artists’ mixtapes or posted on YouTube and other social media sites where no money is made, occasionally when these songs are released commercially, a heap of legal issues can and will arise. Nevertheless, the general lack of knowledge amongst creators of these issues has fostered a new industry frontier where parties are often capitalizing on grey areas that may not actually hold up legally. Therefore, producers and vocalists, make it a priority to get familiar with some of the crucial concepts within these transactions, below, and reach out if you have any additional questions.

The first issues are whether the beat is being leased or sold, and accordingly, whether the rights are exclusive or non-exclusive. Typically, when a producer “leases” an instrumental to a vocalist, the agreement is non-exclusive and grants the vocalist the right to utilize the instrumental and to reproduce, sell or otherwise utilize the song he or she ends up creating.

However, the producer is usually still able to re-sell the same instrumental to others. Not only that, but a lease may also only be for a certain time period, after which the vocalist would have to sign another similar agreement to continue exploiting the song that contains the leased instrumental.

NEGOTIATING THE FEE — HOW WILL THE SONG BE USED?

Negotiating fees is often times an uncomfortable affair for an artist who is not represented by a lawyer or manager who can be their “bad guy.” When negotiating an appropriate fee to license an instrumental, producers should take into account how the vocalist plans to release the music he or she creates with the instrumental. In addition, there are some super important questions you need answers on, such as; Is the work going to be sold? Is the artist planning on releasing the song commercially, or are they simply posting it on Soundcloud as a free download?

Generally, the cost to lease a beat is less than the cost to purchase it, and the fees to do so can range from $5 to $10, all the way up to several thousand dollars, depending on the reputation of the producer, as well as the factors laid out above.

DOES THE PRODUCER GET ANY ROYALTIES?

Occasionally, negotiating fees can include asking whether a producer is entitled to royalties on the song. Trust me, royalties and negotiating them is not as scary as visiting the dentist, as some may have led you to believe. Let’s have a look.

Typically, producers will ask for 50% of the publishing in the finished work, but that can be negotiated either way depending on the relative bargaining power between the producer and vocalist. Accordingly, it should be determined who has the obligation to register the finished work with the appropriate Performance Rights Organization such as BMI, SEASAC, ASCAP.

In addition to a piece of the publishing, more notable producers will also ask for a royalty per unit sold, but with streaming, that will generally be expressed as a percentage of revenue generated by the work. (Great article on SonicBids about Music Royalties if you want to research more info on this topic.)

Finally, make sure you determine how credit will be applied for publicity purposes. For example: Producers should include language that the artist must credit them whenever possible. If the credit can’t fit in the track title, it should be included in the song’s description, such as on Soundcloud or Youtube.

Thankfully for artists and producers, the market is becoming more regulated, and both artists and producers are becoming more familiar with the nuances of these agreements. However, I frequently have to revise deals that were drafted using contracts that were cobbled together from other agreements or simply a google search. It winds up taking more time and money for the parties to finalize these deals and no one likes that. Hopefully you are now more familiar with these concepts, at least so you can recognize when an agreement does not answer all of your questions.